LIVING IN INTERIORS introduces the most sophisticated and ever influential in lifestyle and design movements of the European art and architecture during the 19th and 20th century.
During the “Belle Epique” (Traced back in 1871 and ended because of World War I), a period characterized by optimism and propserity in Europe, new technology and scientific discoveries, the arts were flourishing and many masterpieces of literature, music, theater, and visual arts gained recognitions. 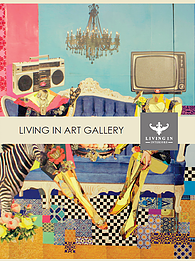 Check out our Antiques / Fine Arts by Categories

Our Arts Advisor would be pleased to help you providing consultancy and any supplementary assistance in order to satisfy your aesthetic desires.
For inquiries and appointment contact: